The Hitchhiker’s Guide to the Galaxy: When you Hitch Upon a Star 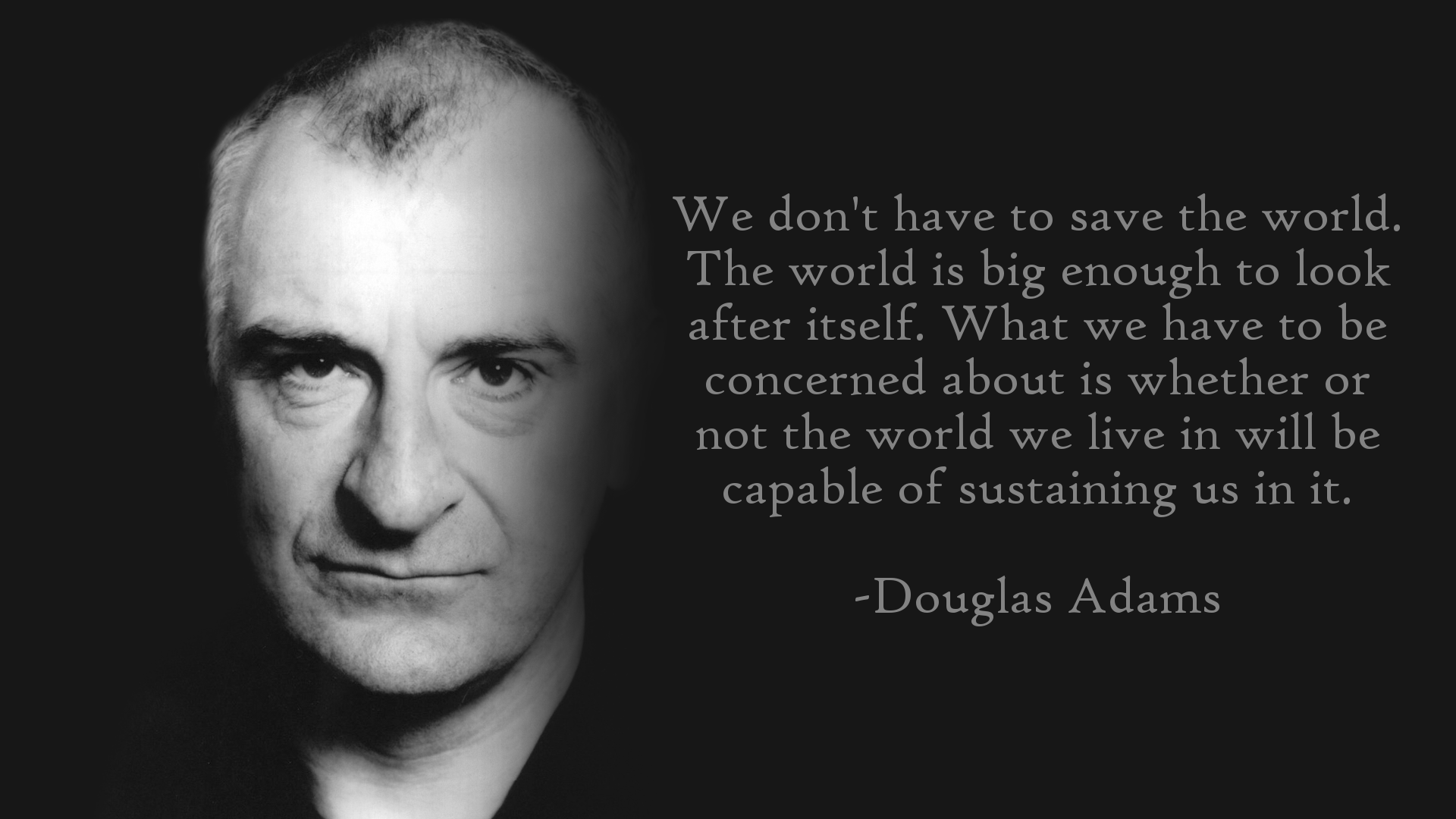 “The Hitchhiker’s Guide to the Galaxy” is the most remarkable, certainly the most successful book ever published.

The radio series that started it all; the six-book trilogy it comprises; the computer games, towel, and television series that it, in its turn, has spawned.But for all this to come into existence we have to know about the human, from planet Earth, who created it all.

His name was Douglas Adams.

It was 1971, the eighteen year-old Douglas Adams was hitch-hiking his way across Europe with a copy of The Hitchhiker’s Guide to Europe. At the end of a harrowing day, flat on his back in a field in Innsbruck, staring up at the stars: “Somebody,” he thought, “somebody really ought to write a Hitchhiker’s Guide to the Galaxy.”

Five years later, while he was struggling to think of a legitimate reason for an alien to visit Earth, the phrase returned to him. The rest is history.

“When you’re a student or whatever, and you can’t afford a car, or a plane fare, or even a train fare, all you can do is hope that someone will stop and pick you up. At the moment we can’t afford to go to other planets. We don’t have the ships to take us there. There may be other people out there (I don’t have any opinions about Life Out There, I just don’t know) but it’s nice to think that one could, even here and now, be whisked away just by hitchhiking.”

Is anybody out there?

As the story goes Arthur Dent wakes up to find his house is about to be knocked down. Ford Prefect takes him to the pub. Just before the Earth is destroyed, they hitchhike their way onto one of the spaceships of the Vogon Destructor Fleet. The Vogon Captain throws them out of the airlock, having read them some poetry.

They are rescued by the starship Heart of Gold.

Arriving in orbit around the legendary planet of Magrathea, they are fired on by an automatic defence system, resulting in the bruising of someone’s upper arm and the creation and demise of a bowl of petunias and a sperm whale. After adventures that are mind boggling, Arthur and Ford escape in a hyperspace capsule, while the others are eaten by the Ravenous Bugblatter Beast of Traal.

How to leave the Planet?

This is an excerpt from Neil Gaiman. “Don’t Panic”.

Difficult and unbelievably dangerous.
Space is notorious for having all sorts of terribly frightening things happening in it, most of which are best dealt with by running away very fast.
You should therefore take with you:

1 A pair of strong running shoes

2.A towel. Whilst the monster is temporarily confused by your footwear you should wrap the towel round its head and strike it with a blunt instrument.

4. A green Eezi-Mind Anti-Guilt jacket or sweat shirt, for wearing after incidents such as the above.

5.A pair of Joo Janta 200 Super Chromatic Peril-Sensitive Sunglasses. These will help you to develop a relaxed attitude to danger. At the first hint of trouble they turn totally black, thus preventing you from seeing anything which might alarm you.

6.All the lyrics to any songs you like to sing whilst travelling. It is very easy to make enemies by continually singing a song you don’t know all the words to, particularly on long space journeys.

Top Quotes from the Books

“And all dared to brave unknown terrors, to do mighty deeds, to boldly split infinitives that no man had split before–and thus was the Empire forged.”

I like the cover,” he said. “Don’t Panic. It’s the first helpful or intelligible thing anybody’s said to me all day.”

“My capacity for happiness,” he added, “you could fit into a matchbox without taking out the matches first”

“Perhaps I’m old and tired, but I always think that the chances of finding out what really is going on are so absurdly remote that the only thing to do is to say hang the sense of it and just keep yourself occupied.”

“The bird that would soar above the plain of tradition and prejudice must have strong wings. ”

“He felt that his whole life was some kind of dream and he sometimes wondered whose it was and whether they were enjoying it.”

“One of the things Ford Prefect had always found hardest to understand about humans was their habit of continually stating and repeating the very very obvious.”

“‘Did I do anything wrong today,’ he said, ‘or has the world always been like this and I’ve been too wrapped up in myself to notice?’”

“Time is an illusion. Lunchtime doubly so.”

“Isn’t it enough to see that a garden is beautiful without having to believe that there are fairies at the bottom of it too?”

“If there’s anything more important than my ego around, I want it caught and shot now.”

“Very deep… You should send that in to the Reader’s Digest. They’ve got a page for people like you.”

“Why should I want to make anything up? Life’s bad enough as it is without wanting to invent any more of it.”

“The ships hung in the sky in much the same way that bricks don’t.”

“Where are they?” (At least, this is how one version of the story goes; according to another version, he asked, “But where is everybody?”). Why this is the case is a question that’s become known as the Fermi paradox. I guess we are still looking for the answers: in the meantime go on, enjoy the book.