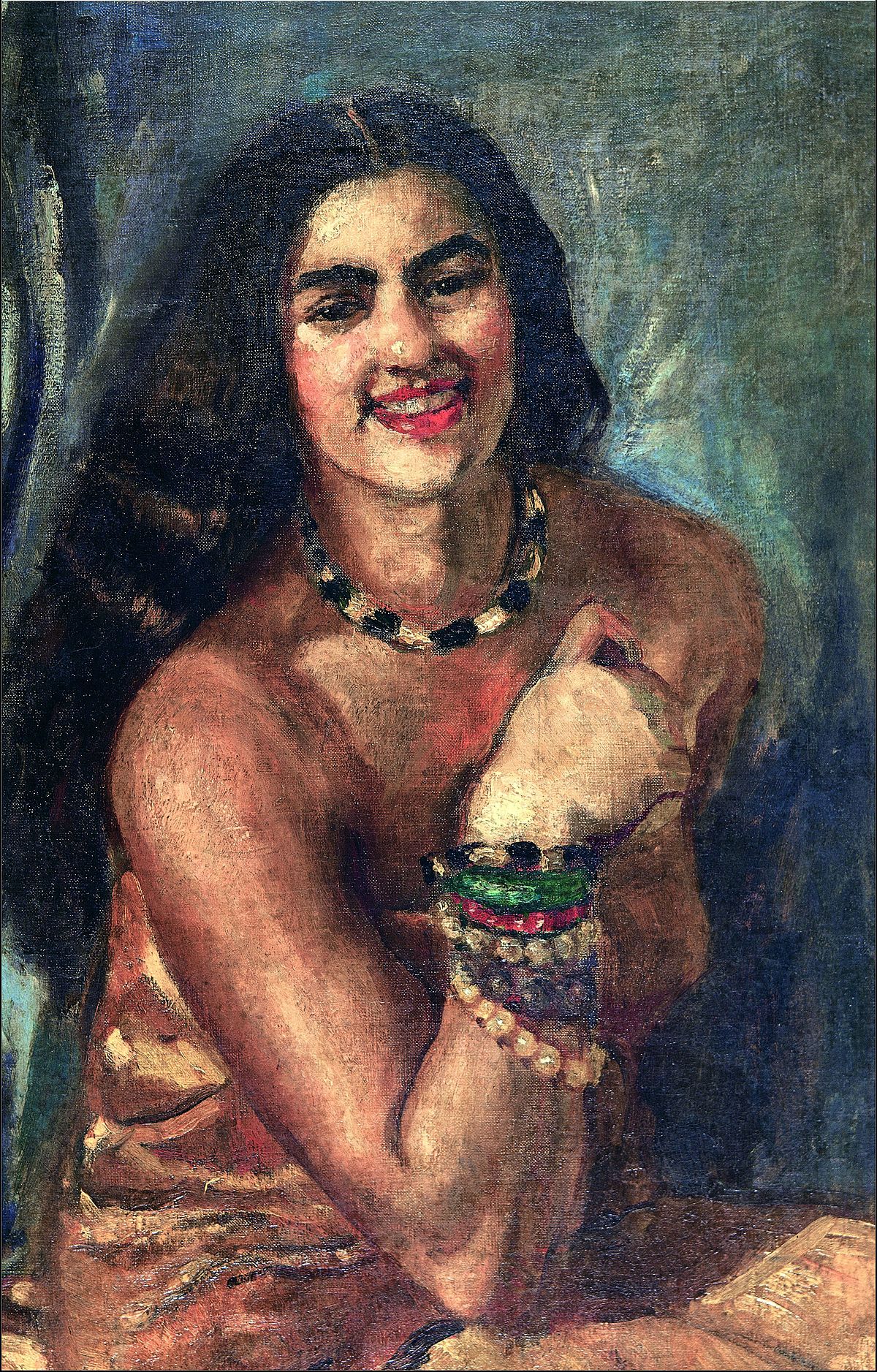 “Europe belongs to Picasso, Matisse and Braque and many others. India belongs only to me.”

Amrita Sher-Gil‘s 1938 painting titled ‘In the Ladies Enclosure‘ sold for Rs 37.8 crore (US$ 5.14 million) at an auction by Mumbai-based auction house Saffronart, setting a world record for the highest value achieved by the artist in auction. When I read this news, I was not in the least surprised. A vague yearning and misty images of her painting I first witnessed in the Museum of modern Art , Mumbai took over me. She was truly India’s first modern painter.

“I am personally trying to be, through the medium of line, colour and design, an interpreter of the life of the people, particularly the life of the poor and sad. But I approach the problem on the more abstract plane of the purely pictorial, not only because I hate cheap emotional appeal and I am not, therefore, a propagandist of the picture that tells a story.”

Sher-Gil was born to a Hungarian mother and a Sikh father. She grew up in a cosmopolitan, aristocratic family who supported her early interest in art. Her artistic training took place in Europe, at Ecole des Beaux Arts in Paris, which ushered in a period of experimentation, of exploring her own hybrid identity and trying out different personae.

In her life, as in her work, Amrita Sher Gil attracted instant attention. From the moment she stepped into the crowded canvas of the Indian sub-continent in the early 1930s, she sparkled with all the exotic allure of her half Indian-half Hungarian parentage. Sher Gil soon decided that her task was to ‘ interpret the life of Indians, particularly the poor Indian’s, to paint those ‘ images of infinite submission and patience.’ belonging to no particular style of painting, she developed her own pictorial language, fusing aspect of both western and eastern traditions, that were prevalent within her life. As she stated

“I am an individualist, evolving a new technique, which, though not necessarily Indian in the traditional sense of the word, will yet be fundamentally Indian in sprit.”

She plunged into the Indian landscape drinking in the colours, with orgiastic glee.

“How can one feel the beauty of a form” she asked, “the intensity or the subtlety of colour, the quality of a line unless one is a sensualist of the eyes?”

She reminds one of the American poetess Emily Dickinson , who, filled with the same heightened sensibility, could exclaim:

“An inebriate of air am I,/And debauchee of dew,/ Reeling, through endless summer days/ From inns of molten blue.”

Throughout her work, Sher~Gil specialised in depicting women in private or introspective moments, in her later work expressing the indolence and loneliness of many women living on India’s feudal estate. In much the same way her contemporary Frida Kahlo, Sher~Gil used her ambiguities of nationality and sexuality, in conjunction with modernist aesthetics and a liberal social education, to question what and how an Indian artist, let alone a female one, might be.

Sadly, her life was cut short permanently in 1941 when she was only twenty~eight years old.

“In that short span of time, she seemed to traverse many worlds. Through her canvasses, she breathed in the Tahitian air of a Paul Gauguin, tasted the apples set on a table by Paul Cezanne, tumbled with the rough peasant contours of Van Gogh’s Aries, filling the outlines of her figures with the tenderness of the portraits that she found at Ajanta, while at the same time dipping her feet in the warm waters of the Indian Ocean on her journey to the South of India. ”

People respond to Amrita Sher~Gil’s personality and her works at different levels. Some are enamoured by her persona, others respond to the sensitivity and sensuality of her images exhibit, but the melancholic faces of people around her, depicted so passionately in her paintings, are what fills one’s memory. An artist consciousness in pursuit of a personal vision is what still others attribute to her work.