Jean-Paul Sartre: Existentialism as a Manner of Doing Philosophy 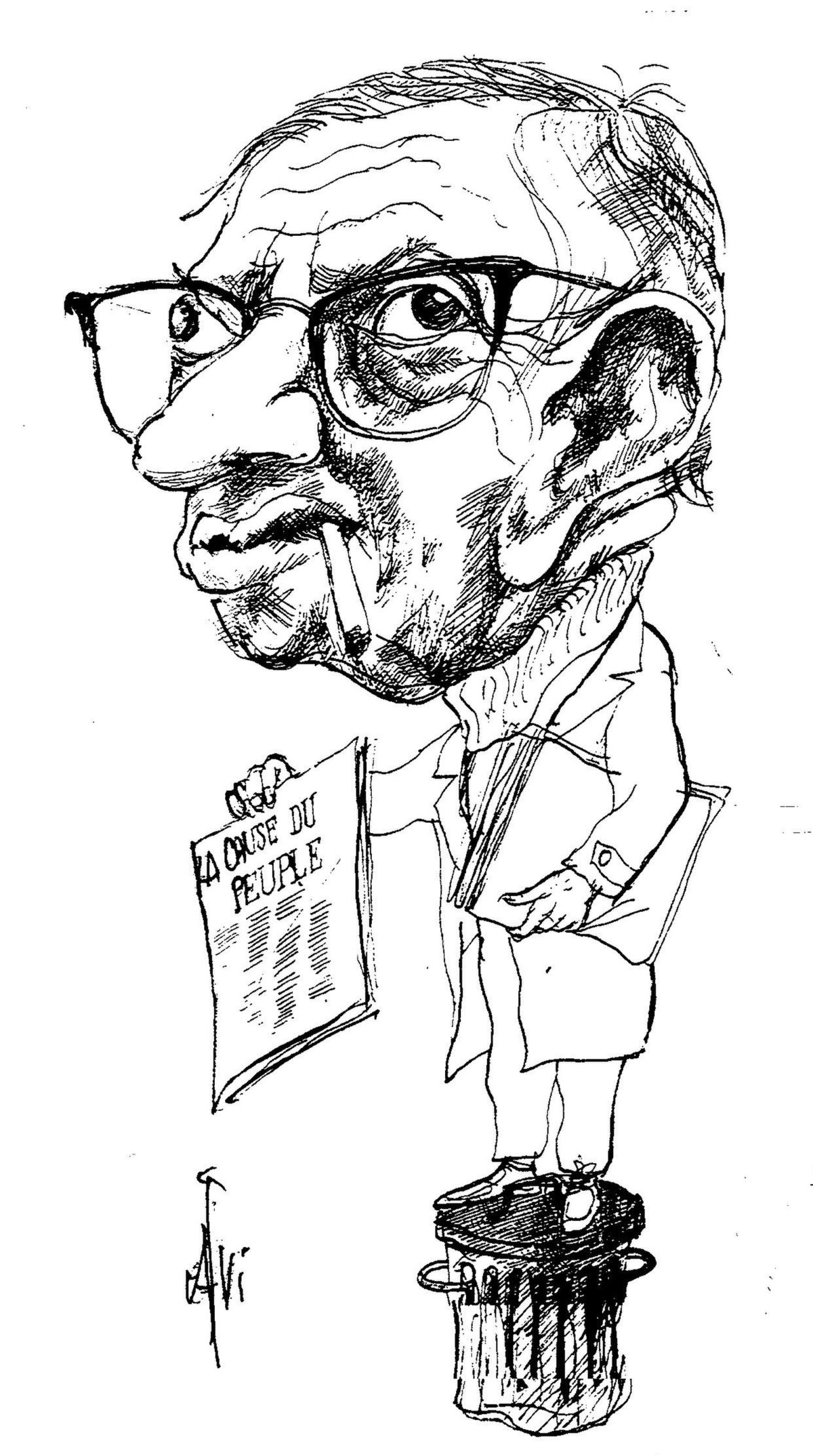 One of the leading philosophical movements of the twentieth century, existentialism has had more impact on literature and the arts than any other school of thought. Some of the leading figures of existentialism, include Sartre , Nietzsche, Heidegger, Kierkegaard, de Beauvoir , Merleau-Ponty, and Camus.

Existentialism is commonly associated with Left-Bank Parisian cafes and the ‘family’ of philosophers Jean-Paul Sartre and Simone de Beauvoir who gathered there in the years immediately following the liberation of Paris at the end of World War II. One imagines off- beat, avant-garde intellectuals, attached to their cigarettes, listening to jazz as they hotly debate the implications of their new-found political and artistic liberty. The mood is one of enthusiasm, creativity, anguished self-analysis, and freedom – always freedom.

Sartre asserted that existentialism was essentially a doctrine for philosophers, though, ironically, he was about to make it accessible to a general audience.

The published text of his lecture quickly became one of the bibles of existentialism and made Sartre an international celebrity.

The idea of freedom occupies the center of Sartre’s doctrine.

Man, born into an empty, godless universe, is nothing to begin with. He creates his essence—his self, his being—through the choices he freely makes

Were it not for the contingency of his death, he would never end. Choosing to be this or that is to affirm the value of what we choose. In choosing, therefore, we commit not only ourselves but all of mankind.

It is commonly acknowledged that existentialism is a philosophy about the concrete individual.

This is both its glory and its shame. In an age of mass communication and mass destruction, it is to its credit that existentialism defends the intrinsic value of what its main proponent Sartre calls the ‘free organic individual’, that is, the flesh-and-blood agent.

Because of the almost irresistible pull toward conformity in modern society, what we shall call ‘existential individuality’ is an achievement, and not a permanent one at that.

We are born biological beings but we must become existential individuals by accepting responsibility for our actions.

This is an application of Nietzsche’s advice to

‘become what you are’.

Shortly after the end of the war, Sartre delivered a public lecture entitled ‘Is Existentialism a Humanism?’ that rocked the intellectual life of Paris and served as a quasi-manifesto for the movement.

From then on, existentialism was associated with a certain kind of humanistic philosophy that gives human beings and human values pride of place, and with critiques of alternative versions of humanism accepted at that time.

“If you’re lonely when you’re alone, you’re in bad company.”

“All that I know about my life, it seems, I have learned in books.”

“Man can will nothing unless he has first understood that he must count on no one but himself; that he is alone, abandoned on earth in the midst of his infinite responsibilities, without help, with no other aim than the one he sets himself, with no other destiny than the one he forges for himself on this earth.”

“Life has no meaning a priori… It is up to you to give it a meaning, and value is nothing but the meaning that you choose.”

“The more sand that has escaped from the hourglass of our life, the clearer we should see through it.”

“It is therefore senseless to think of complaining since nothing foreign has decided what we feel, what we live, or what we are.”

“My thought is me: that’s why I can’t stop. I exist because I think… and I can’t stop myself from thinking. At this very moment – it’s frightful – if I exist, it is because I am horrified at existing. I am the one who pulls myself from the nothingness to which I aspire.”

What do we mean by saying that existence precedes essence? We mean that man first of all exists, encounters himself, surges up in the world – and defines himself afterwards

Our responsibility is much greater than we might have supposed, because it involves all mankind.

She believed in nothing; only her skepticism kept her from being an atheist.

As for the prominence of Sartre, he and de Beauvoir are the only philosophers in this group who admitted to being existentialists. To the extent that it is a 20th-century movement, existentialism certainly centred on his work. And no one better exemplifies the union of and tension between philosophy and literature, the conceptual and the imaginary, the critical and the committed, philosophy as reflection and philosophy as way of life, that defines the existentialist mode of philosophizing than does Jean-Paul Sartre.

“If God did not exist, everything would be permitted”

and that, for existentialism, is the starting point.

Everything is indeed permitted if God does not exist, and man is in consequence forlorn, for he cannot find anything to depend upon either within or outside himself.

He discovers forthwith, that he is without excuse.