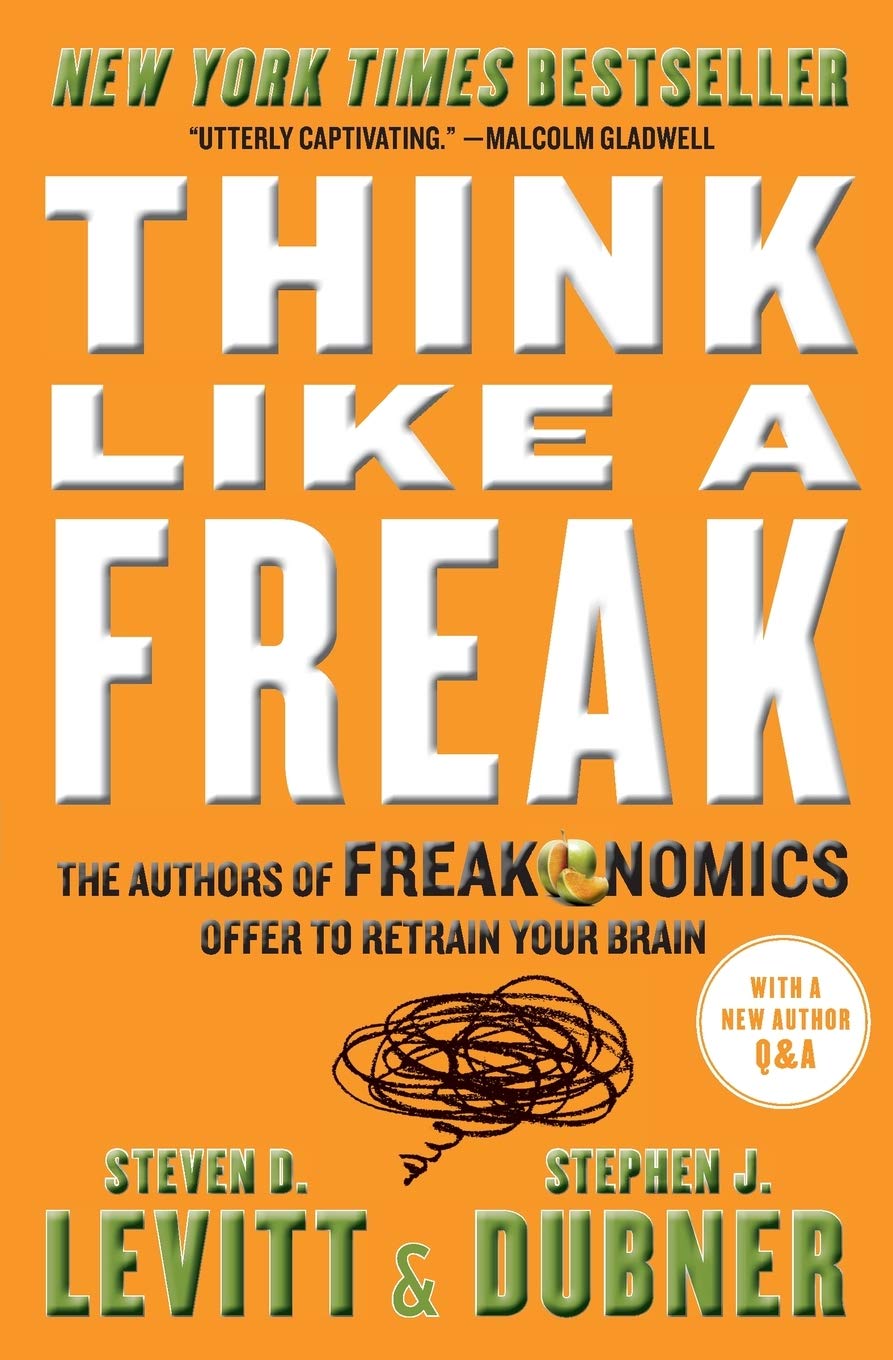 So What Does it Mean to think like a Freak?

There are all sorts of questions in the world, for instance~ Is college degree still “worth it”? Short answer: yes; long answer: also yes. Is it a good idea to pass along a family business to the next generation? Sure, if your goal is to kill off the business~ for the data shows it’s generally better to bring in outside management.

Some questions are existential says our authors ~ What makes people truly happy? Is income equality as dangerous as it seems?

People want to know the pros and cons off: autonomous vehicles, breast~feeding, chemotherapy, estate taxes, fracking, lotteries, online dating, patent reform, rhino poaching, and virtual currencies. These are the kind of questions are authors are frequently bombarded with as though they have some magic frekonomics forceps !!!

The thing is that solving problems is hard and most people would rather not try doing it as it moves them away from the herd mentality and requires them to start thinking rationally and independently. “Cogito, ergo sum” translated to English~ “I think, therefore I am.” Rene` Descartes.

This third book in the Freak series is different from the previous two bestsellers~ Freakonomics and Super~Freakonomics because this book teaches us how to think. Why is that you may ask ? In a lot of cases it’s the biases~political, intellectual, or otherwise. It’s tempting to run with the herd. Even on the most important issues of the day, we tend to adopt the view of our friends, families and colleagues. But that is like embracing the status quo, we are resistant to change, more than happy to delegate our thinking.

They quote George Bernard Shaw – “Few people think more than two or three times a year. I have made an international reputation by thinking once or twice a week.”

There is an inherent problem in how people think. Too much is emotion and lack of data to make a proper call. They site the example of NHS (National Health Service)~ which provides cradle~to~grave healthcare for every Briton, most of it free at the point of use. This comes at an enormous cost and has been rising ever since. This does not make practical sense~ while the goal of free, unlimited, lifetime of healthcare is laudable, the economics are tricky, because there is so much emotion attached to healthcare that people can’t take a rational call. The problem is that when people don’t pay the true cost, they tend to consume it inefficiently.

So most people make decisions based on incomplete data, prejudices, their environment or peer and family pressure. Moreover, because they often have little idea of the impact, of their choices, they leave others to make decisions for them. The authors describe how, in a controlled experiment, and with the agreement of those involved, dilemmas were resolved with the toss of a coin to such questions as: “Shall I leave my girlfriend?” . A considerable percentage accepted a random outcome and professed themselves to be happy with the choice that was made for them!

Think Like a Freak is well-populated with case studies for freaky thinking in business, which should prove of value to futurists and foresight professionals working with business trends and clients. Much of this relates to developing persuasiveness, clearly a key trait to success in any endeavor.

“Thinking like a freak may sometimes sound like an exercise in using clever means to get exactly what you want, and there’s nothing wrong with that,” the authors write. But “the best way to get what you want is to treat other people with decency. Decency can push almost any interaction into the cooperative frame.”

Finally, the bravest act of freaky thinking may very well be admitting failure. We certainly value fortitude and determination, but not obsessiveness in the face of futility. Quitting isn’t failure, the authors remind us; failing is failure. The upside to quitting—to recognizing a brick wall before you hit it—is reserving resources and resilience for finding a way around, over, or even under that brick wall.

Fixing huge problems like runaway health~care is hard~ so the advise is to focus on small problems when possible. So let us begin by retraining our brain to think differently about problems, one problem at a time. Are you willing to try it? Excellent ! Then go and read the book and don’t get embarrassed by how much you don’t yet know….