Dorothea Lange: The Photographer of People 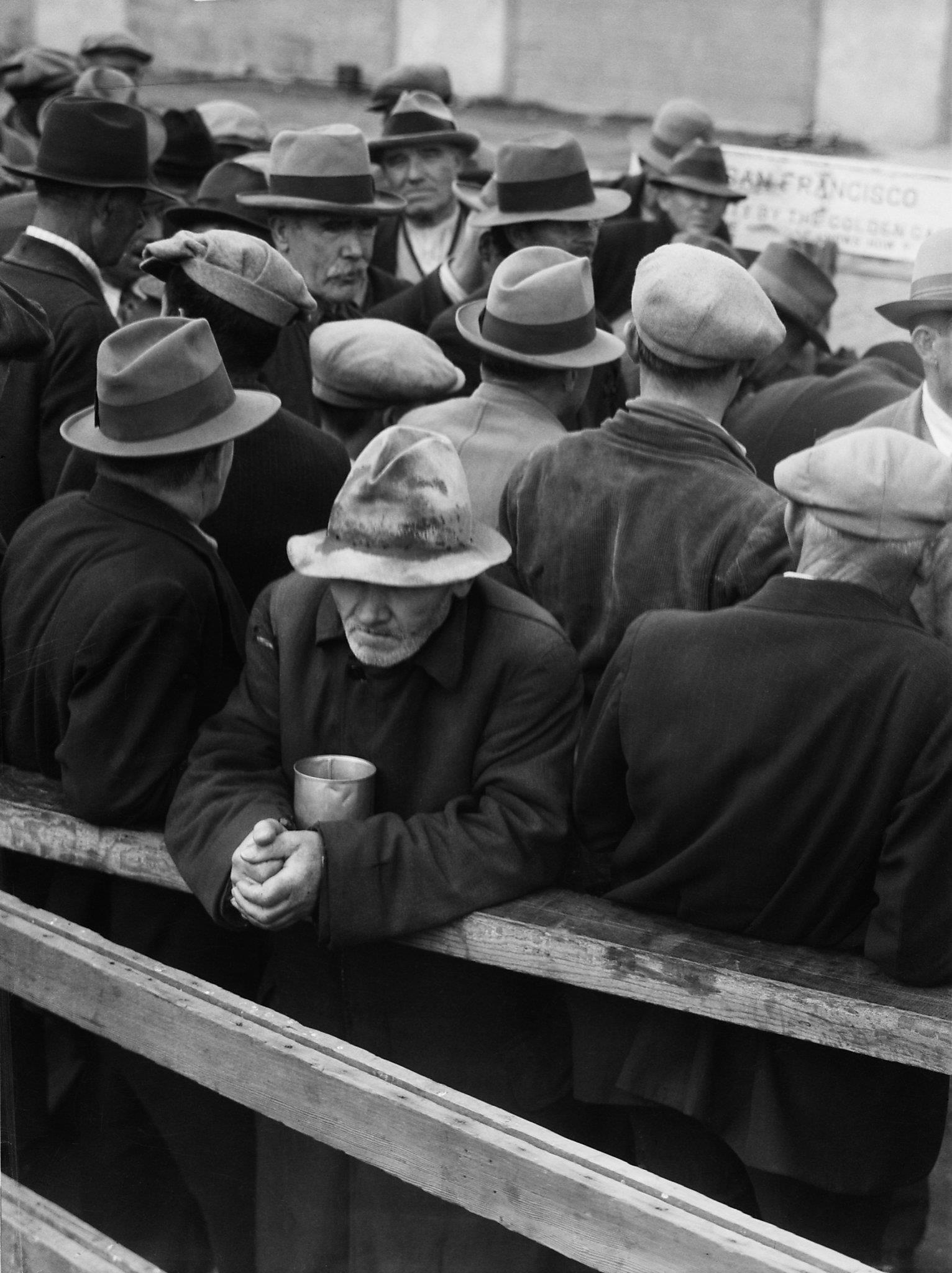 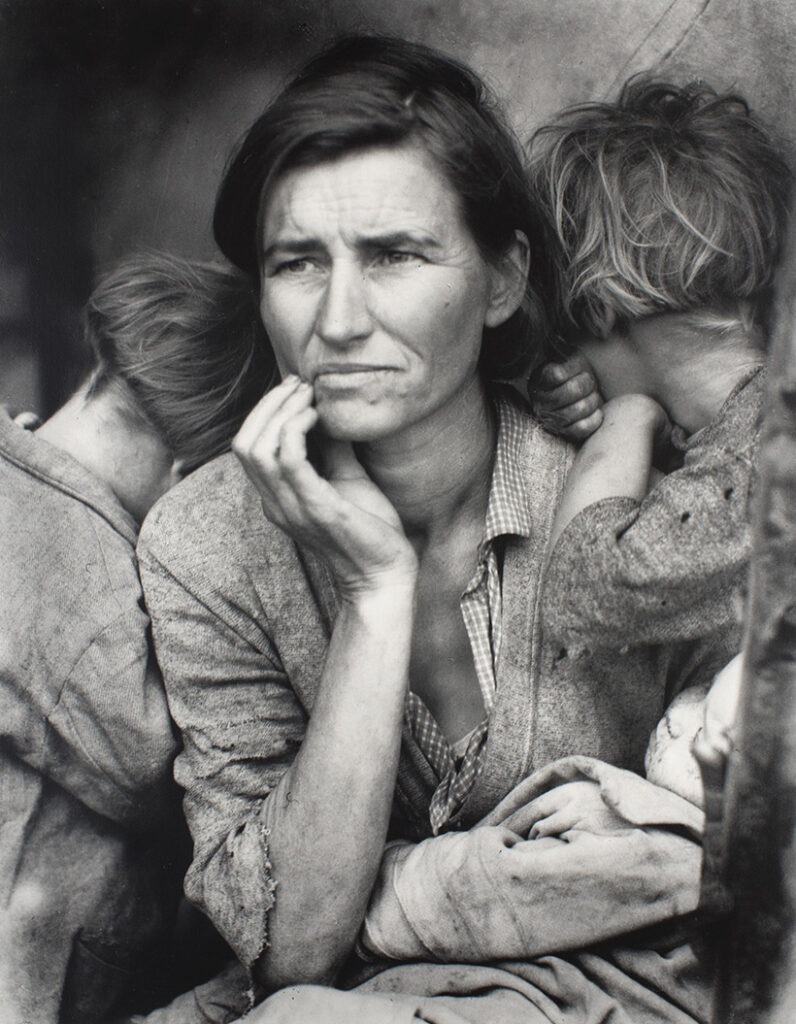 Dorothea Lange’s business card in 1934 read “Photographs of People” and bore a quote from Francis Bacon:

“The contemplation of things as they are, without substitution or imposture, without error or confusion, is in itself a nobler thing than a whole harvest of invention.”

She posted that single sentence on her darkroom wall as her personal credo. Dorothea photographed what she called the “Slave Market,” where men desperate for any job were hired as longshoremen.

She moved almost invisibly through the events, her subjects “a meeting of the unemployed . . . sleepers in the city square, at transient shelters, breadlines, parades . . . demonstrations.

In the words of Willard Van Dyke

“Dorothea Lange has turned to the people of the American Scene with the intention of making an adequate photographic record of them. These people are in the midst of great changes—contemporary problems are reflected on their faces, a tremendous drama is unfolding before them, and Dorothea Lange is photographing it through them . . . ”

Dorothea was a later member of Group f.64, even though when she was asked that question near the end of her life, she answered emphatically, “No!” She said that she had never been invited and that, in any case, she did not agree with the group’s philosophy.

For Ansel, it was one thing to single out Dorothea as one of the finest workers in the photo document, as he had done in Camera Craft, but something wholly else to accept her into Group f.64 .

Top-notch technique was central to both Edward’s and Ansel’s concept of photography as a fine art.

Dorothea Lange did not place print quality anywhere near the top of her list.Clearly her work was purely photographic, fulfilling the most important Group f.64 commandment, but she added another of photography’s virtues—she used the camera’s ability to capture a consequential moment in time.

The photographs of Edward and Ansel (and Willard at this point) were timeless. Encouraged by Imogen Cunningham , Ansel concluded that Dorothea’s new images were so strongly seen that their quality overpowered her less-than-perfect craft.

He even came to find many of her photographs beautiful, since even when picturing people in desperation, they offered hope. Ansel decided that Dorothea Lange was a phenomenon. 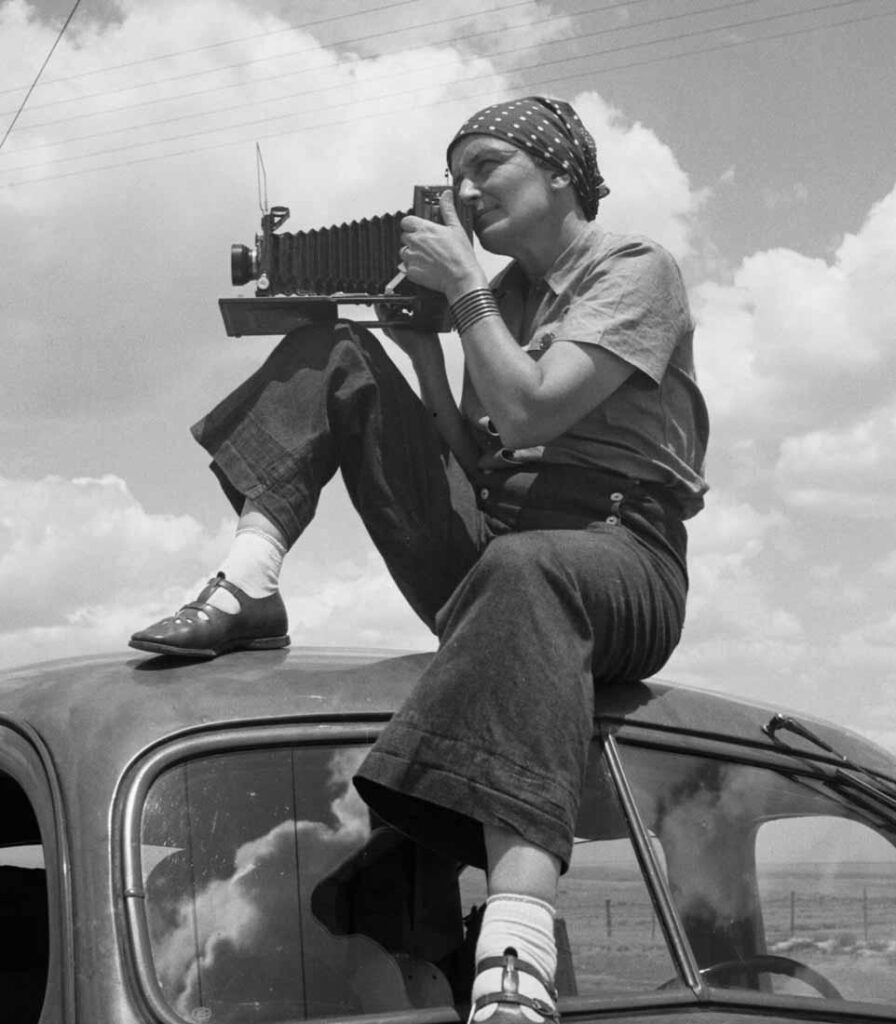 Often it’s just sticking around and being there, remaining there, not swooping in and swooping out in a cloud of dust. If you will behave in a generous manner, you’re very apt to receive it.”

Confounded about what to do with this flood of impoverished humanity, the state of California asked Taylor to be the field director of the newly created Division of Rural Rehabilitation to report on the problem and to recommend solutions.

He assembled a small staff and one photographer, Dorothea Lange. His rationale: “Words cannot describe some of the conditions we saw.”

She closed her portrait studio and embarked on her new career: photographing the dispossessed.

When Paul and Dorothea began their documentation of the migrant labor camps in 1935, their work predated the best creative expressions about the Great Depression. To place their project in the context of the times, it would be four years before John Steinbeck’s iconic novel The Grapes of Wrath, about the fate of failed Oklahoma tenant farmers who move to California and become migratory workers, was published.

Georgia native Erskine Caldwell, who wrote about poverty in the South, teamed with Margaret Bourke-White, who made the photographs for the 1937 book You Have Seen Their Faces.

But Paul and Dorothea were operating in the deep midst of the Depression. Paul’s reports to the House Committee on the Interstate Migration of Destitute Citizens arrived in Washington, where they elicited considerable attention.19 With captions effectively provided by her subjects—“If I could earn four dollars a week we could get along”—Dorothea’s photographs, paired with Taylor’s text, made the tragedy of these people real.20 Together they provided essential evidence that the government must build clean, safe camps for thousands of homeless migrants.

Dorothea had continued to photograph independently. In early 1940 she and Paul Taylor published their first book, An American Exodus, his report of the human condition and economic consequences of California’s migrant workers, made riveting by her photographs and by the device they frequently used, poignant captions by the subjects themselves. Time magazine declared that “some of the photographs are exceedingly good; some are merely ‘magnificent.

Dorothea and Paul worked side by side for the rest of their lives to the same purpose: making the world a better place for the weakest and most downtrodden .

“All good photography,” he concluded, “holds a moment of time and a fraction of space forever; it reveals more than the eye can see; it discovers the world for us.”