Kipling Sahib’s Poems Everyone Should Know 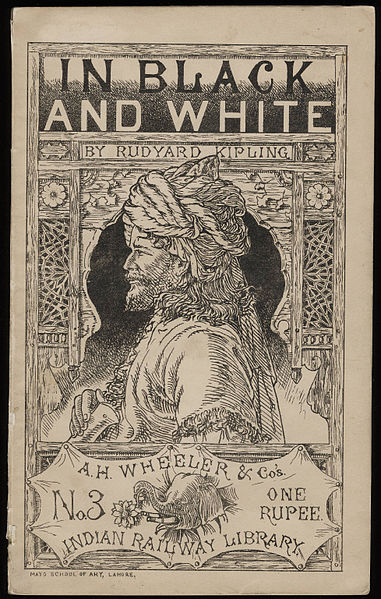 Much has been written about Kipling Sahib and in my previous blog I explore the wonderlust that always had a hold on him.

‘I’ve got the go- fever, like that man in Kipling’s book.’

A Gentleman of Leisure, P.G.Wodehouse

Rudyard Kipling was born in Bombay on the 30th December, 1865 in one of the most cosmopolitan city of the Eastern world, and it was there and in its neighbourhood that the first three years of the boy’s life were spent.

Being a child of sensitive nature and active disposition, such as this boy possessed, greatly influenced his imagination.

Kipling began writing poetry, or ‘verse’ as he was always to call it, as a young child.

While a schoolboy he contributed poems regularly to the school magazine which he also edited.

In 1881, when he was sixteen years old and still at school, his parents in India arranged, without consulting him, for the publication of a collection of his poems which they called Schoolboy Lyrics.

During the seven years he spent working for the Gazette, and for its sister paper the Pioneer in Allahabad, he wrote and published, in addition to his day-by-day journalism, an enormous number of stories and poems.

Some of his Best Poems

One of Kipling’s best-known poems, ‘Gunga Din’ was first published in 1890 and focuses on an Indian water-bearer who saves the speaker’s life (the speaker being a British soldier serving in India) and is thus ‘a better man than I am’, as the resounding close of the poem has it. ‘Din’, by the way, should probably be pronounced ‘deen’, given the words Kipling rhymes the name with…

Epitaphs of the War

Published in 1919, one year after the end of the First World War, these poems were inspired by The Greek Anthology, a collection of short anonymous poems (including many epitaphs designed for memorial inscriptions on tombs) dating as far back as the sixth century BC.

One of the most oft-quoted poems from Kipling’s ‘Epitaphs’ is ‘Common Form’: ‘If any question why we died, / Tell them, because our fathers lied.’

Kipling’s poem ‘The Way through the Woods’ are laden with symbolism: does this woodland road suggest a link to our own past (and our childhood), or to a collective past, which can now barely be revisited? Part of the poem’s power lies in its ambiguity.

His literary gifts came to him by inheritance from both his father and mother, and they were nurtured and cultivated in the circle of relatives and family friends with whom his holidays were spent.

A writer who could entertain children and adults alike with such books as The Jungle Book, Plain Tales from the Hills, The Just So Stories, Puck of Pook’s Hill, and countless others.

But as well as being a prolific author of fiction, Rudyard Kipling was also a hugely popular poet.