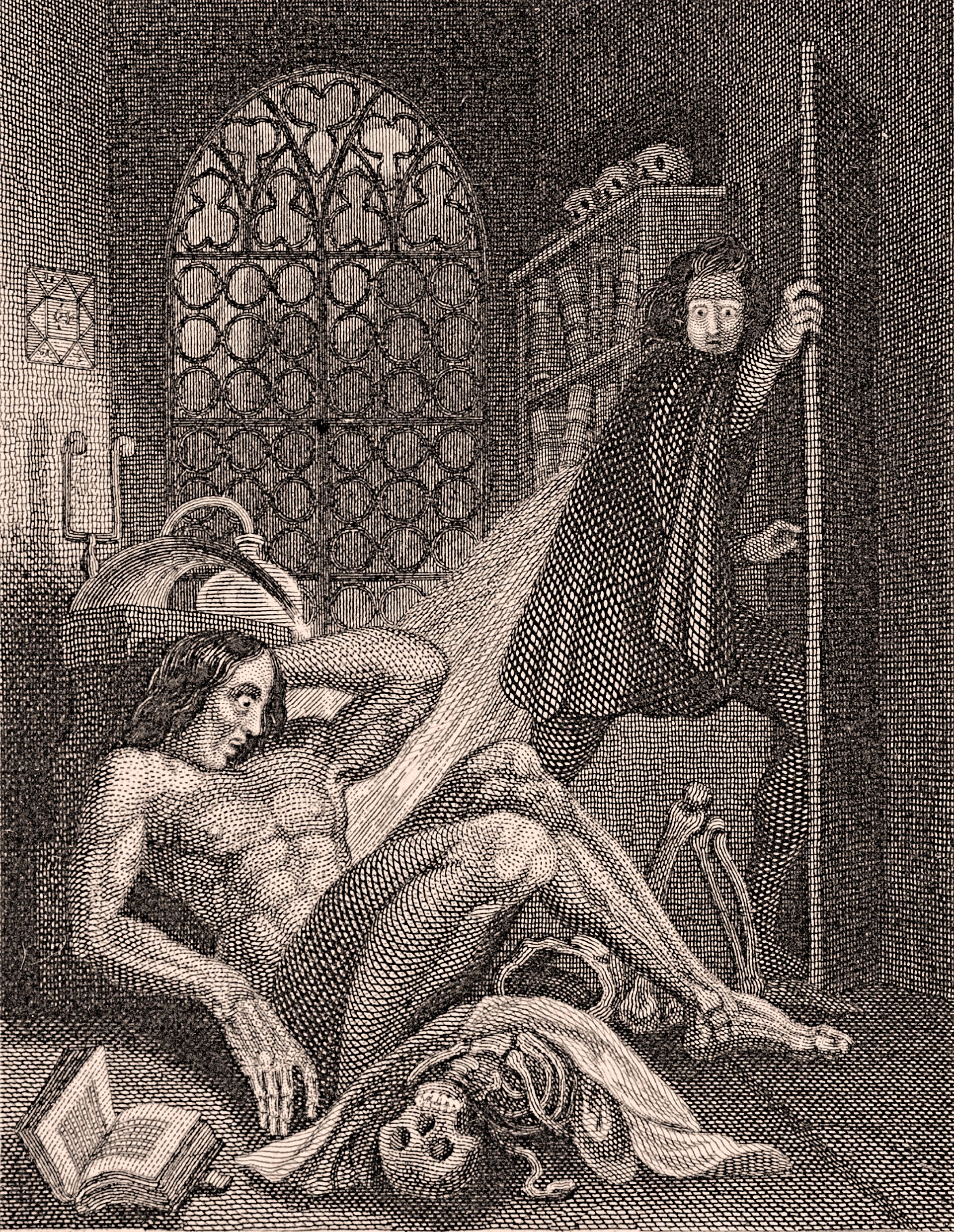 Did you know this about Mary Shelley ?

The origins of Frankenstein began in the summer of 1816 when Shelley was staying at the Villa Diodati, near Lake Geneva in Switzerland along with her poet husband Percy Bysshe Shelley, Lord Byron, and her step-sister Claire Clairmont.

They had been enjoying telling each other German ghost stories when they entered into a competition to determine who could create the best fantastical tale. The result of this contest produced Shelley’s Frankenstein . The inspiration for the novel did not come immediately to Shelley but was formed after she saw a vision of what would become the creature.

The novel was immediately successful. Frankenstein’s creature has since become iconic and the narrative has been adapted over forty times for film, inspiring more than sixty television series.

It remains a classic of the Gothic genre and is by far Shelly’s most successful work.

The fame of the creature has become so vast that it is not uncommon for it to be believed that Frankenstein is the creation rather than the creator. The novel tells the tale of Frankenstein , a young man who becomes obsessed with the possibility of creating life but is then horrified by the result and must live with consequences of his deed.

The subtitle of the novel, The Modern Prometheus , clearly establishes the link between Frankenstein and the Greek Titan who disobeyed God and gave fire to mankind. Frankenstein attempts to usurp God by creating a being in his own image and is punished throughout the novel for this arrogance and deviation from nature.

“Remember that I have power; you believe yourself miserable, but I can make you so wretched that the light of day will be hateful to you. You are my creator, but I am your master–obey!”

“If such lovely creatures were miserable, it was less strange that I, an imperfect and solitary being. should be wretched.”

“My present situation was one in which all voluntary thought was swallowed up and lost.”

“But my enthusiasm was checked by my anxiety, and I appeared rather like one doomed by slavery to toil in the mines, or any other unwholesome trade than an artist occupied by his favorite employment.”

“There is something at work in my soul, which I do not understand.”

“With an anxiety that almost amounted to agony, I collected the instruments of life around me, that I might infuse a spark of being into the lifeless thing that lay at my feet. It was already one in the morning; the rain pattered dismally against the panes, and my candle was nearly out, when, by the glimmer of the half-extinguished light, I saw the dull yellow eye of the creature open; it breathed hard, and a convulsive motion agitated its limbs.”

“Oh! What a miserable night I passed! The cold stars shone in mockery, and the bare trees waved their branches above me; now and then the sweet voice of a bird burst forth amidst the universal stillness. All, save I, were at rest or in enjoyment; I, like the arch-fiend, bore a hell within me, and finding myself unsympathized with, wished to tear up the trees, spread havoc and destruction around me, and then to have sat down and enjoyed the ruin.”

That a work by a girl of nineteen should have held its place in romantic literature so long is no small tribute to its merit.

Nearly everyone she loved died before she did, most of them when she was still very young. Her half sister, Fanny Imlay, took her own life in 1816. Percy Shelley drowned in 1822. Lord Byron fell ill and died in Greece in 1824, leaving Mary Wollstonecraft Godwin Shelley, as she put it,

“the last relic of a beloved race, my companions extinct before me.”

“It was on a dreary night of November, that I beheld the accomplishment of my toils,” Victor Frankenstein, a university student, says, pouring out his tale. The rain patters on the windowpane; a bleak light flickers from a dying candle. He looks at the “lifeless thing” at his feet, come to life: “I saw the dull yellow eye of the creature open; it breathed hard, and a convulsive motion agitated its limbs.” Having labored so long to bring the creature to life, he finds himself disgusted and horrified—“unable to endure the aspect of the being I had created”—and flees, abandoning his creation, unnamed. “I, the miserable and the abandoned, am an abortion,” the creature says, before, in the book’s final scene, he disappears on a raft of ice.