Be Smarter, Leaner, Faster: The Power of Habit by Charles Duhigg 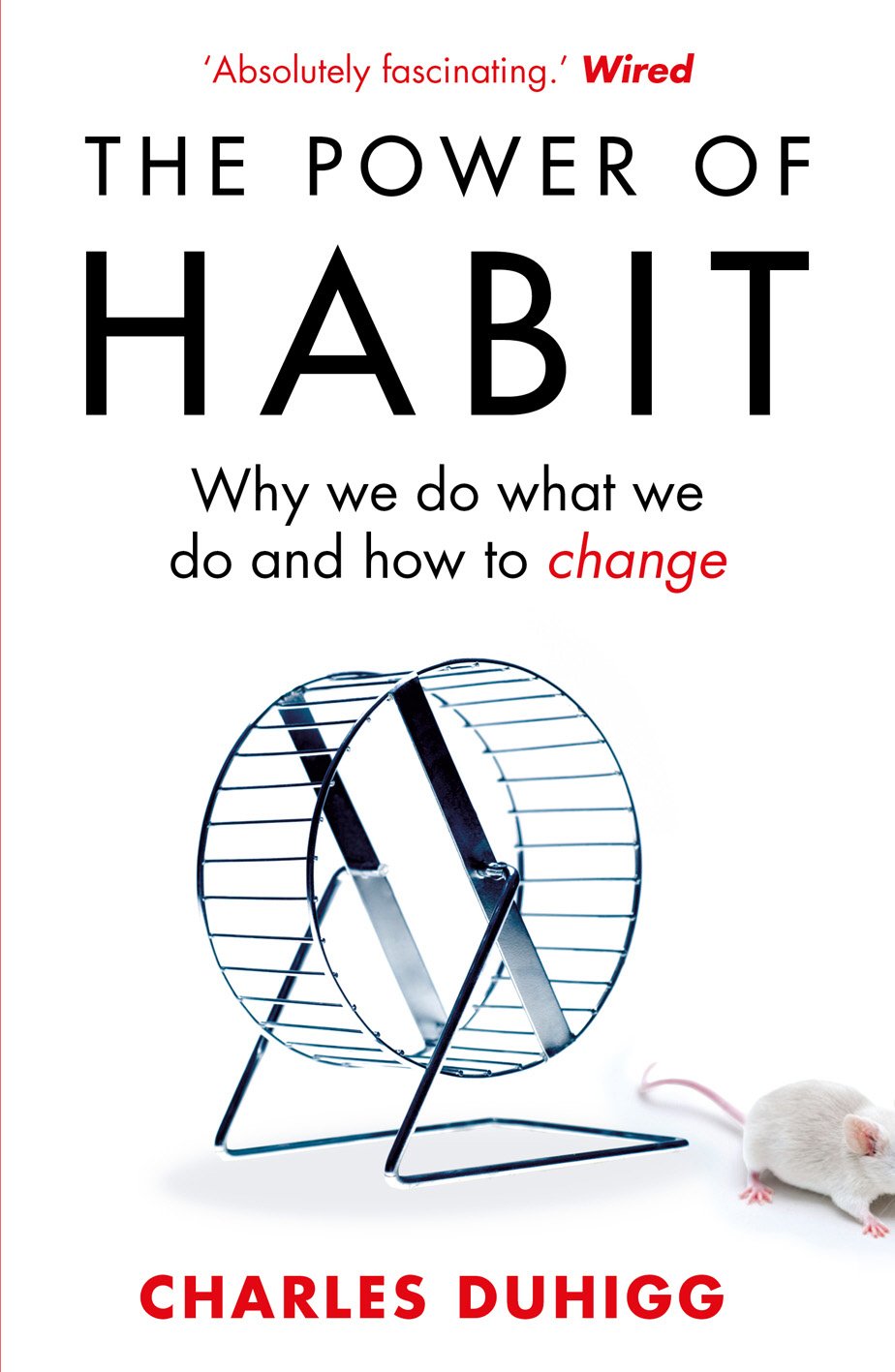 I don’t know about you, but this habit of snacking has to stop and thanks to this book, I have the perfect solution to my dilemma or gluttony !

They are the choices that all of us deliberately make at some point, and then stop thinking about but continue doing, often every day. At one point we consciously decide how much to eat, how often to have a drink or when to go for a jog. Then we stopped making a choice, and the behaviour became automatic. It’s a natural consequence of our neurology. And by understanding how it happens, you can rebuild those patterns in whichever way you choose.

More than 40% of the actions people perform each day weren’t actual decision, but habits.

As I have already mentioned I above, this insatiable habit of snacking. Come late afternoon and I am on the prowl~the refrigerator, the pantry~ nothing is beyond my reach. Think I’ll just have one cookie or a couple of potato chips?

Not if there’s a bag of either in the kitchen. ” Self~discipline is overrated and undependable.” Tim Ferris

Not only it is unhealthy, I soon realised that the pounds were adding on. Charles says that the first thing we do is that we start by diagnosing and changing this behavior. By figuring out the habit loop.And the first step is to identify the routine ~ as in my case the routine is the most obvious aspect: it’s the behaviour you want to change . I get up from my desk in the afternoon, walk up to my pantry or fridge and eat handful of nuts or chips ~ which is never limited to one handful !

So now we do some brainstorming

And What’s the reward

Rewards are powerful beacuse they satisfy craving. But we are often not conscious of the craving that drives the behaviour. To find out which craving are driving a particular habit, it’s useful to experiment with different rewards. This require some patience as it may take a few days or a week. I started experimenting ~ everytime I feel the urge to walk up to the pantry, I change my course and go to my precocious eleven years old, who does’t approve of my sudden appearance, or the days when she banned me totally, I went for an early walk outside. I also tried substituting junk food or as Tim Ferris would call the “domino food” with healthy alternative like carrot or an apple. You get the idea. The point is to test different hypothesis to determine which craving is driving the routine. Keep experimenting and jot down three things that come to your mind. They can be emotions, random thoughts, reflection on how you feel. Then set an alarm on your watch for 15 minutes. When it goes off, ask yourself~ do you still feel the urge to snack? Once you figure the routine and the reward, what remains is identifying the cue.

Charles says that the reason why its so hard to identify the cue that triggers our habits because there are too many information bombarding us as our behaviour unfolds. What I realised that the cue in my case was an urge to get a snack at a certain time of the day. It wasn’t the hunger but a temporary distraction that I was craving~ the kind that comes from gossiping with friends.

Once you figure the habit loop~you’ve identified the reward driving your behaviour, the cue triggering it, and the routine itself~you can begin to shift the behaviour. Now all I do is call a friend and chat for ten minutes. It didn’t work immediately but as I worked towards it ~abided by my plan ~ I forced myself at times to call a friend ~mostly my mum, I found that I ended my day feeling better.

When I see a CUE, I will do ROUTINE in order to get a REWARD.

To re~engineer that formula, we need to begin making choices again. And the easiest way to do this is to have a plan. Psychologists call it ” implementation intention”

All our life, so far as it has definite form, is but a mass of habits.

Most of the choice we make each day may feel like the product of well considered decision making, but they’re not. They’re habits.