Lewis Carroll and his ‘Alice’ Books: Curiouser and Curiouser! 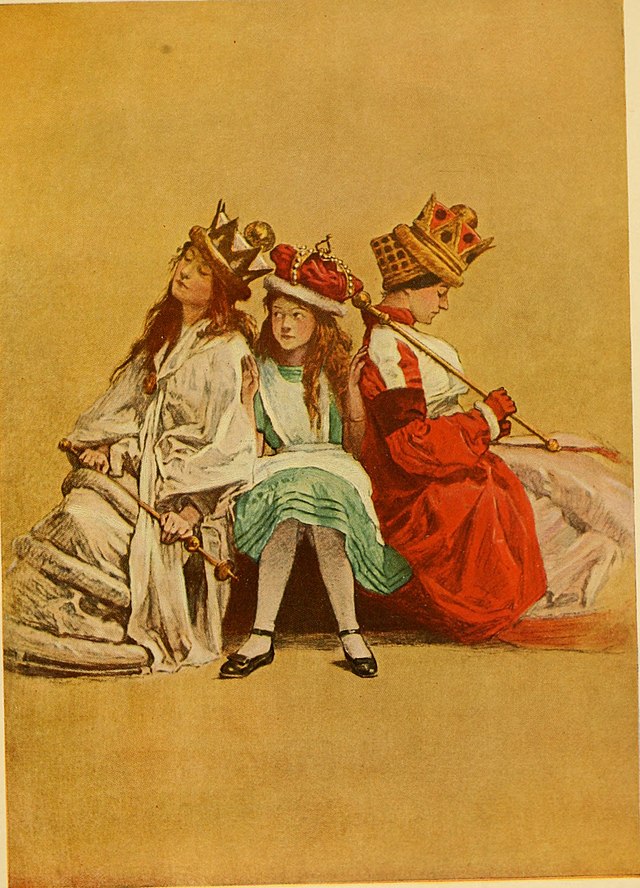 I must confess that I did not become interested in Lewis Carroll until recently. As a child, my greatest reading delights were the fantasies of Russian picture books. I tried hard to read the Alice books, but was put off by their abrupt transitions, the lack of a consistent story line, and the unpleasant characters in Alice’s two dreams. I missed all of Carroll’s subtle jokes, word play, logic paradoxes, and philosophical implications. I still feel that the Alice books should not be read by children, at least not until they are well into their teens.

When I reread the book, I was astonished by what I had missed. I now realise that no one has written anything quite like Alice’s Adventures in Wonderland before, and—save for its sequel, Through the Looking-Glass— no one has written anything like it since. It is an adventure set in a fantastic imaginary world that is explored by a brave little girl armed only with her own common sense and an all-consuming curiosity. It is a book that can and should be read for pleasure by young and old alike! Looking at the author’s unique use of language, it is almost impossible to comprehend all the subtle nuances. However, once you figure out the subtle jokes, word play and logic: it evokes in all its readers a tantalising sense that there is something else to be revealed just under the surface of this compelling tale.

Charles Lutwidge Dodgson, better known as Lewis Carroll, was a shy, eccentric bachelor who taught mathematics at Christ Church, Oxford. He had a great fondness for playing with mathematics, logic, and words, for writing nonsense, and for the company of attractive little girls. Somehow these passions magically fused to produce two immortal fantasies, written for his most-loved child-friend, Alice Liddell, daughter of the Christ Church dean.

Insight into the mind of Charles Lutwidge Dodgson can be gained by looking at a few of his numerous pseudonyms, such as Mad Mathesis, Balbus, and Dares. There is an explanation of how he came up with his celebrated pen name, Lewis Carroll. As the classically educated Charles Dodgson knew full well, ludo is Latin for “I play” and carol is both English and Old French for “a joyous song”—so “Lewis Carroll” could have the wonderfully appropriate meaning “I play a joyous song.”

From an early age, Charles Dodgson wrote stories, plays, fairy tales, poems, riddles and games. He saw in literature a wide variety of types of entertainment that children loved.Consequently, Wonderland is full of games, charades, poems, jokes, songs, conundrums, riddles and puzzles.In his world of Wonderland, there can be little doubt that its laws and structure were systematically organised and completely thought out in every minute detail.

Alice’s Adventures in Wonderland (1865) and Through the Looking-Glass and What Alice Found There (1871, dated 1872) are two of the most famous, most translated, and most quoted books in the world. They have some claim to be the most influential children’s books ever, which is to say, possibly the most influential works of literature ever––as children’s books often have a more profound and lasting influence on their audiences than adults’ books.

But what exactly are the ‘Alice’ books? What gives them their global, perennial fascination? Are they harmless, innocent children’s stories, simple fantasies with eccentric characters and nonsense verses? Or are they studies of Victorian female repression, stories that take place in nightmare worlds of aggression and godlessness, allegories of Victorian and Oxford society, intricate textures of mathematical, philosophical, and semantic puzzles, or symbolic explorations of ‘some of the deepest existential problems in a light-hearted way’? Or gifts of love (or possibly lust) from a frustrated academic to a young girl?

Readers have often found themselves tempted into complex analyses of the books––and with good reason.

‘Only Lewis Carroll has shown us the world upside down as a child sees it, and has made us laugh as children laugh, irresponsibly. Down the groves of pure nonsense we whirl laughing, laughing –– ’

The ‘Alice’ books are never quite what they seem, and they relate in a complex way to the complex personality of their author, and to a rapidly changing world.

Dodgson, ‘Lewis Carroll’, and the ‘Alice’ books are international phenomena, and British national institutions.There are Alice in Wonderland rides at Disneyland in Paris and California, a White Rabbit Statue at Llandudno (where Dodgson never actually visited). There is also an Alice in Wonderland day celebrated on July 4!

The author is almost as famous as the books: there have been at least fifteen biographies in English alone of Charles Lutwidge Dodgson, who wrote a small number of his books under the name of Lewis Carroll.

Even Alice Liddell, the little girl who initially inspired the books, has been the subject of two biographies. Parts of the story of Dodgson and Alice Liddell have been fictionalized in Katie Riophe’s novel Still She Haunts Me (2001), and Donald Thomas’s crime novel Belladonna: A Lewis Carroll Nightmare (1983).

One continues to be amazed by how much there is yet to learn about the life and writings of this shy, stammering teacher of mathematics, who for so long was regarded as little more than a scribbler of outlandish nonsense tales for children, an author too unimportant for scholars to take seriously.

Poem: “All in the golden afternoon”

All in the golden afternoon

For both our oars, with little skill,

By little arms are plied,

Our wanderings to guide.

Ah, cruel Three! In such an hour,

Beneath such dreamy weather,

To beg a tale of breath too weak

To stir the tiniest feather!

Yet what can one poor voice avail

Against three tongues together?

Her edict ‘to begin it’:

‘There will be nonsense in it!’

While Tertia* interrupts the tale

Not more than once a minute

In fancy they pursue

The dream-child moving through a land

Of wonders wild and new,

In friendly chat with bird or beast––

And half believe it true.

And ever, as the story drained

The wells of fancy dry,

And faintly strove that weary one

To put the subject by,

Thus grew the tale of Wonderland:

Thus slowly, one by one,

Its quaint events were hammered out––

And now the tale is done,

And home we steer, a merry crew,

Beneath the setting sun.

And, with a gentle hand,

Lay it where Childhood’s dreams are twined

Pluck’d in a far-off land.