Philosophical Heart of Middle-earth: Top Quotes~”Lord of the Rings” 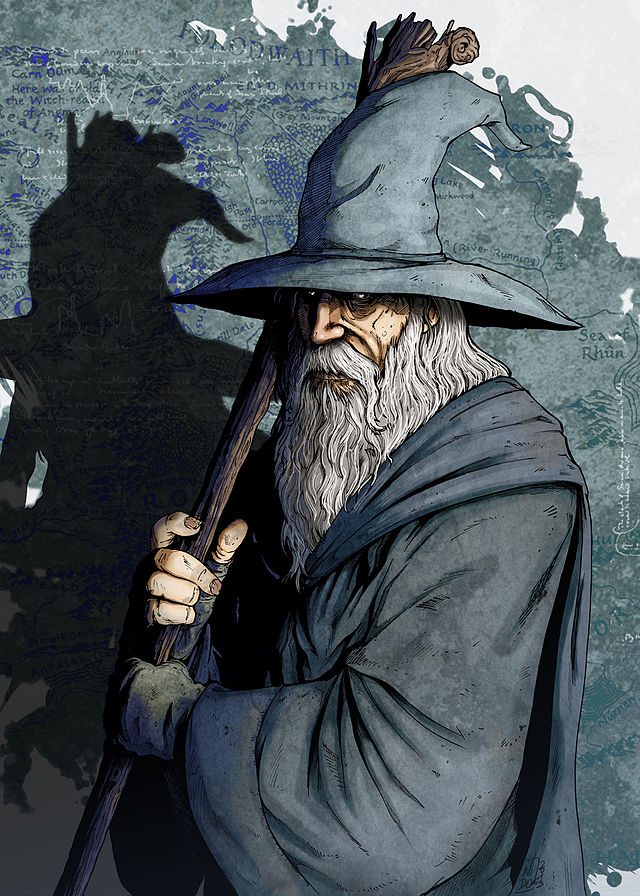 The literary establishment in England was stunned, shocked, and scandalized by an event of millennial significance when a major bookstore chain innocently polled English-speaking readers, asking them to choose the greatest book of the twentieth century. By a wide margin The Lord of the Rings won. Three times the poll was broadened: to a worldwide readership, into cyberspace via Amazon.com, and even to “the greatest book of the millennium“. The same champion won each time.

The Lord of the Rings is a touchstone. it is a touchstone for one’s whole personality. Those who love Tolkien are almost always good people, honest people. Some are Hobbit-like and some are Elvish, but none are Orcish.

“The most obvious appeal of the book is perhaps also its deepest: ‘there was sorrow then too, and gathering dark, but great valour, and great deeds that were not wholly vain.’ Not wholly vain—it is the cool middle point between illusion and disillusionment.

Exploring Tolkien’s world is not just interesting. It is not even just fascinating. It is sheer joy. For we knew that here we have touched truth. This book is a homecoming. This book broke our hearts.

Subsequent readings confirmed the reality and truth of Tolkien’s world, and joy rose again like the sun. No one reads The Lord of the Rings only once; and that is the clearest mark of a Great Book.

One of the main themes of The Lord of the Rings is the relation of mutual dependence between the high-heroic and the humble-Hobbit-like. The motive for the heroic is the defence of ordinary life: wars are fought, heroically, to protect ordinary peaceful non-heroes. Correlatively, the enjoyment of ordinary life (the Shire) is the reward for heroism, and only heroism can sustain it. This is a literary bridge that carries the reader’s mind over it in both directions, a Jacob’s Ladder on which the reader’s thoughts continually ascend and descend between the low and earthly and the high and Heavenly.

Tolkien confesses of his Hobbits,

“I loved them myself, since I love the vulgar and simple as dearly as the noble, and nothing moves my heart… so much as ‘ennoblement

Many of us who love The Lord of the Rings and have learned to love Hobbits must confess that the first time we read this book we were put off by the long, slow start and were tempted to give up before the “excitement” began. Many of us did.

Tolkien not only loves his Hobbits, he is one:

Among the Hobbits it is not even Frodo but Sam, the humble servant, who is the most heroic. Tolkien, several times in his letters, insists that Sam is “the chief hero” of The Lord of the Rings. But Sam at the beginning seems only a comic figure, and throughout the narrative his importance seems merely relative to Frodo, as Frodo’s servant and gardener—by definition a secondary character. Very much in the style of the God he believes in, Tolkien raises up the lowly to put down the lordly.

“Pay heed to the tales of old wives. It may well be that they alone keep in memory what it was once needful for the wise to know.”

“Frodo: I wish the Ring had never come to me. I wish none of this had happened.

Gandalf: So do all who live to see such times, but that is not for them to decide. All we have to decide is what to do with the time that is given to us.”

“Pay heed to the tales of old wives. It may well be that they alone keep in memory what it was once needful for the wise to know.”

“And some things that should not have been forgotten were lost. History became legend. Legend became myth. And for two and a half thousand years, the ring passed out of all knowledge.”

“But in the end it’s only a passing thing, this shadow; even darkness must pass.”

“A hunted man sometimes wearies of distrust and longs for friendship.”

“It was Sam’s first view of a battle of Men against Men, and he did not like it much. He was glad that he could not see the dead face. He wondered what the man’s name was and where he came from; and if he was really evil of heart, or what lies or threats had led him on the long march from his home; and if he would rather have stayed there in peace.”

If any of the Wise should with this Ring overthrow the Lord of Mordor, using his own arts, he would then set himself on Sauron’s throne, and yet another Dark Lord would appear.

“The Dark Lord has Nine. But we have One, mightier than they: the White Rider. He has passed through the fire and the abyss, and they shall fear him. We will go where he leads.”

The Lord of the Rings heals our culture as well as our souls. It gives us the most rare and precious thing in modern literature: the heroic. It is a call to heroism; it is a horn like the horn of Rohan, which Merry received from Theoden and used to rouse the Hobbits of the Shire from their sheepish niceness and passivity to throw off their tyrants, first in their souls and then in their society.