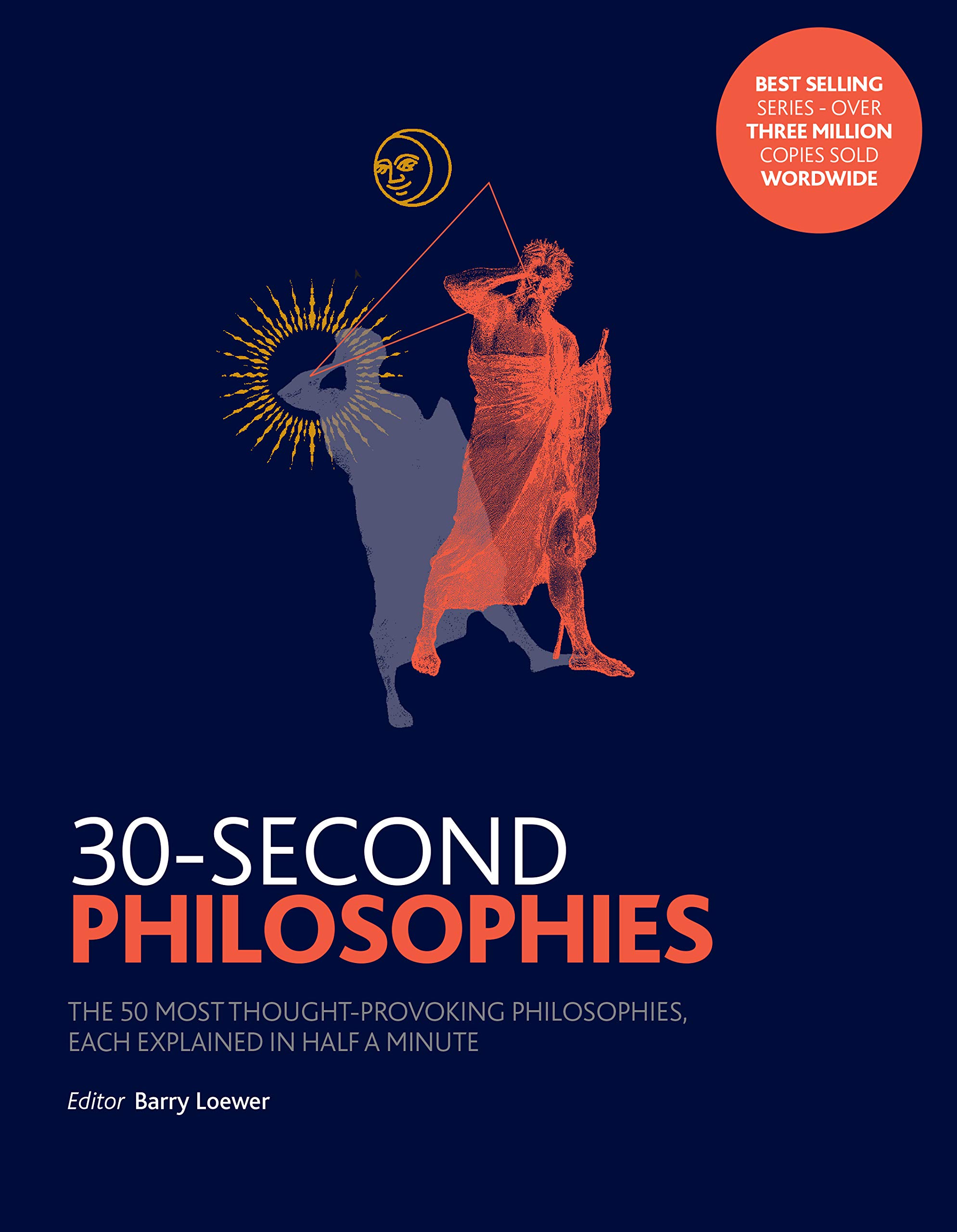 ” The first principle is that you must not fool yourself and you are the easiest person to fool.”

30 second philosophies is a whistle stop tour of the major questions posted by philosophers through the centuries, from Aristotle to Ludwig Wittgenstein to Naom Chomsky.

” The unexamined life is not worth living.”

So what is it all about?

Philosophers have been thinking about these questions for at least 2500 years. It starts with the great Greek philosophers Socrates, Plato and Aristotle and has continued to the present day. This book is a crash course in understanding the foundation of philosophy and keeps your thought process totally engaged.

But I am sure that you are skeptical that this is too good to be true~30 seconds to become a philosopher! Then let me tell you my friends, that you have taken the first small step towards becoming one. The attitude of skepticism and inclination to question are the central to philosophy. By questioning your (and others’) beliefs with an open mind, you will better understand what it is you believe, what your concepts are, and thus come to know your self better.

In conclusion, philosophy addresses what are sometimes called the “big questions.” These include questions about morality (“What makes things morally right or wrong?”); about what we can know, if anything (“Can you know that the world around you is real, and not a computer-generated virtual reality?”); about the nature of human existence (“Are you your brain? Do we possess souls?”); and about the nature of reality (“Why is there anything at all?”).Religion addresses many of the same questions, but while philosophy and religion overlap in the questions they address, they can differ in the approach they take to answering them. While faith and revelation are typically the cornerstones of religious belief, philosophy places great emphasis on reason—on applying our intelligence in order to figure out, as best we can, what the answers are.”

“The God that philosophers of religion like to argue about isn’t one that most of us would recognise. He tends to be more on the abstract side, like “The Force” in Star Wars, and less like a Heavenly Father who stays up at night worrying about you.

If that doesn’t convince you that a little philosophy is a good idea—well, there remains the fact that, good for you or not, philosophy is fun.In here you’ll find some of the most intriguing, clever, astonishing, and sometimes downright disturbing ideas ever entertained by mankind. Dip in and find out.”