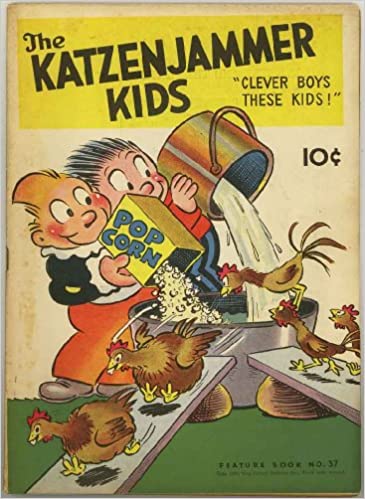 Comics and graphic novels have recently become big business, serving as the inspiration for blockbuster Hollywood movies such as the Iron Man series of films and the hit television drama The Walking Dead. But comics have been popular throughout the 20th century despite the significant effects of the restrictions of the Comics Code in place from the 1950s through 1970s, which prohibited the depiction of zombies and use of the word “horror,” among many other rules.

When did it all Start?

In the early 1900s, some of the most vibrant, mature storytelling available was found in newspaper comic strips, though this might seem hard to believe now. Today, comic strips are being relegated to an ever-shrinking space in a decreasing number of newspapers.

Comic books as we know them were largely an innovation of the culture industry of the 1930s, while comic strips in their modern form (associated largely with regular publication in newspapers) arose in the late 19th century. Still, they had earlier precedents and telling stories with the aid of pictures is as old as storytelling itself, so that modern comics have quite ancient cultural roots.

The work of 18th-century artist William Hogarth, just as mass printing was becoming more and more commercially viable, as a particularly important milestone in the development of comics as an art form.

Comics sections quickly came to be regarded as an indispensable part of American newspapers, especially the extensive full-color sections that came to be a favourite part of Sunday papers for many readers.

By 1908 three of every four American Sunday papers featured color comics sections, most of which featured content distributed by national syndicates that arose for that purpose. Indeed, the rise of the comic strip was a crucial part of the rise of the modern newspaper as a whole and made a significant contribution to the success of that form.

Indeed, it could be argued that the appearance of Superman in Action Comics #1 in 1938 was one of the crucial landmarks in 20th-century American cultural history, not only launching the character who would go on to be the most important superhero in comics history, but also initiating a craze for superhero comics that would dominate the field for years.

Action Comics #1, dated June 1938, forever changed the face of comic books. The lead strip in the anthology was a caped superhero named Superman.

Superman’s creators, Jerry Siegel and Joe Shuster, pitched their initial concept, The Superman, to newspapers for years, finding themselves rebuffed at every turn. While newspaper strips were now showcasing stories of costumed adventurers like The Shadow and Flash Gordon, the idea of a costumed, super-powered character held no appeal to newspaper editors.

It was from such humble beginnings and rejections that a new fantasy genre was born.

Comics have also proved to be extremely flexible as a cultural form.

Comics can be a single “panel,” or drawing; they can be book-length works; they can be serialised works that stretch for years and for thousands of panels and pages.

Not only have they successfully been used to tell virtually every kind of story from the most tragic to the most comical, but they have also been used for a variety of informational purposes, conveying historical, scientific, journalistic, and other forms of information through the unique combination of words and pictures that only comics can provide.

Indeed, one aspect of the history of comics in the past few decades has been the growing variety of readers who are interested in a form that was once widely regarded as consisting primarily of cheap, low-grade entertainment for children and adolescents , but which has since gained increasing respect in the past few decades as a serious art form worthy of detailed attention from the most sophisticated of academic critics.