What came before Pop Art: The Forerunners of Mass~Culture 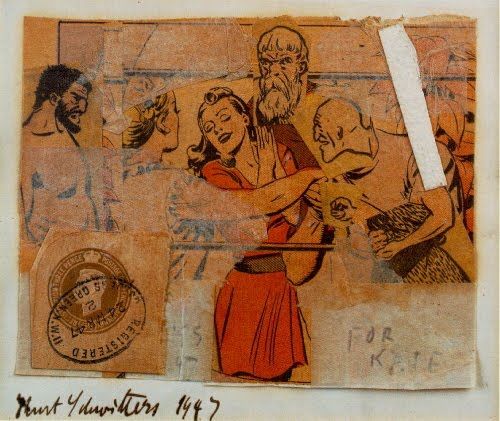 The term ‘Pop Art’ is a misnomer. It has always been the effects and artefacts of mass-culture, so to call the tradition Mass-Culture Art is therefore more accurate.

Since the late-1950s a new tradition has emerged in Western art. Although its initial phase lasted between 1958 and 1970, it was quickly dubbed ‘Pop Art’: that label has always been recognised as incorrect, for often it has served to obscure far more than it clarified.

What is Pop Art?

As industrialisation and democratisation have spread, increasing numbers of people have gradually come to share the prosperity : political participation, rewarding labour, heightened individualism, and better housing, health, literacy, and social and physical mobility.

However, all this advancement has come at a price ~ a political manipulation often rooted in profound cynicism and self-interest; vast economic exploitation; globalisation, regional or local identity; growing urbanisation; the industrialisation of rural areas, which has grossly impinged upon the natural world; industrial pollution; superstition, religious fanaticism and fringe cults, hyper- nationalism, as well as materialism, consumerism, conspicuous consumption and media hero-worship.

With the advent of modern technology, people have easy access to products of industrialisation. The newspaper printing press, the camera, the radio, celluloid and the film projector, the television set and other mass- communicative technologies right down to those of our own time that make their predecessors look exceedingly primitive, have each produced fresh types of responses and thus new kinds of visual imagery, all of which obviously constitute highly fertile ground for the artist and designer to explore.

Popular mass-culture possesses energy and potency. It is easy to appreciate and very often its means of transmission such as the cinematic or televisual image, the advertisement, and the poster and magazine illustration, enjoys an immediacy of communication. Unlike the likes of Shakespeare, the symphonies of Beethoven and the canvases of Rembrandt for which you have to labour a little harder to appreciate.

What came before Pop/Mass-Culture Art?

Artists have always felt with humanity en masse. Among those who did, the most memorably were the eighteenth to nineteenth- century painters Francisco de Goya, J.M.W. Turner and David Wilkie, all three of whom often depicted ordinary people at work and play. The latter two also created consciously ‘low-life’ subjects by representing the common people in their humble dwellings, pubs and at village fairs.

Later in the nineteenth century Gustave Courbet, Edouard Manet and Edgar Degas, also looked to the life of common humanity for inspiration. In one of Degas superb study of alienation, In a café of around 1876. The scene depicts a seemingly hard- hearted man and brutalised woman mentally isolated from one another and spatially separated from us. Degas was a major influence upon two important painters who addressed popular culture directly: Walter Sickert and Edward Hopper.

Hopper was inspired by Degas (especially In a Café, which he knew through a 1924 book reproduction) to open up the entire subject of urban loneliness, and alienation, those negative effects of mass-society and mass-culture.

Grant Wood who in 1930 created arguably his most renowned image, American Gothic. Here an apparently typical mid-western farmer dressed in denim stands alongside his wife clad in homespun.Behind them is their simple dwelling, with its gothic-inspired arched window. Together they embody the God-fearing, puritanical values of Middle America.

Like earlier painters of ‘low’ humanity such as Wilkie, Degas and Hopper, Wood represented ordinary life as it is lived, rather than as it is indirectly reflected through the prism of the mass- communications media. Georges Braque and Pablo Picasso, undoubtedly were the first artists to use association of mass-production.

Stencilled lettering is very ‘low culture’ indeed, being primarily found on the sides of packing crates and the like where identifications need to be effected quickly and without any aesthetic refinement whatsoever.

According to Duchamp, a major reason he had chosen to exhibit such an article was to raise it to the status of an art-object by forcing us to recognise the inherent beauty of a mass-produced artefact which normally provokes no aesthetic response whatsoever. Although Fountain was probably destroyed in the early 1920s because Duchamp set no value upon it, the piece certainly got him talked about, an increasingly vital requirement for any artist in the age of mass-communications.

For better or for worse, but mainly for the latter, the democratisation that stands at the very heart of the modern technological, mass-cultural epoch perhaps inevitably began to flood into the field of the visual arts on a massive scale with Duchamp’s ‘ready-mades’, and especially with Fountain.

Such a process of objects functioning as signifiers would become central to Pop/Mass-Culture Art. But Fountain was not the only precursor in this sphere. From the mid-1910s onwards, and directly as a result of the influence of Picasso’s Cubist explorations, artists often depicted objects taken from mass-culture, not to demonstrate their cleverness in emulating the appearances of things, but instead to draw upon the familiarity of the objects they represented as national or cultural signifiers.