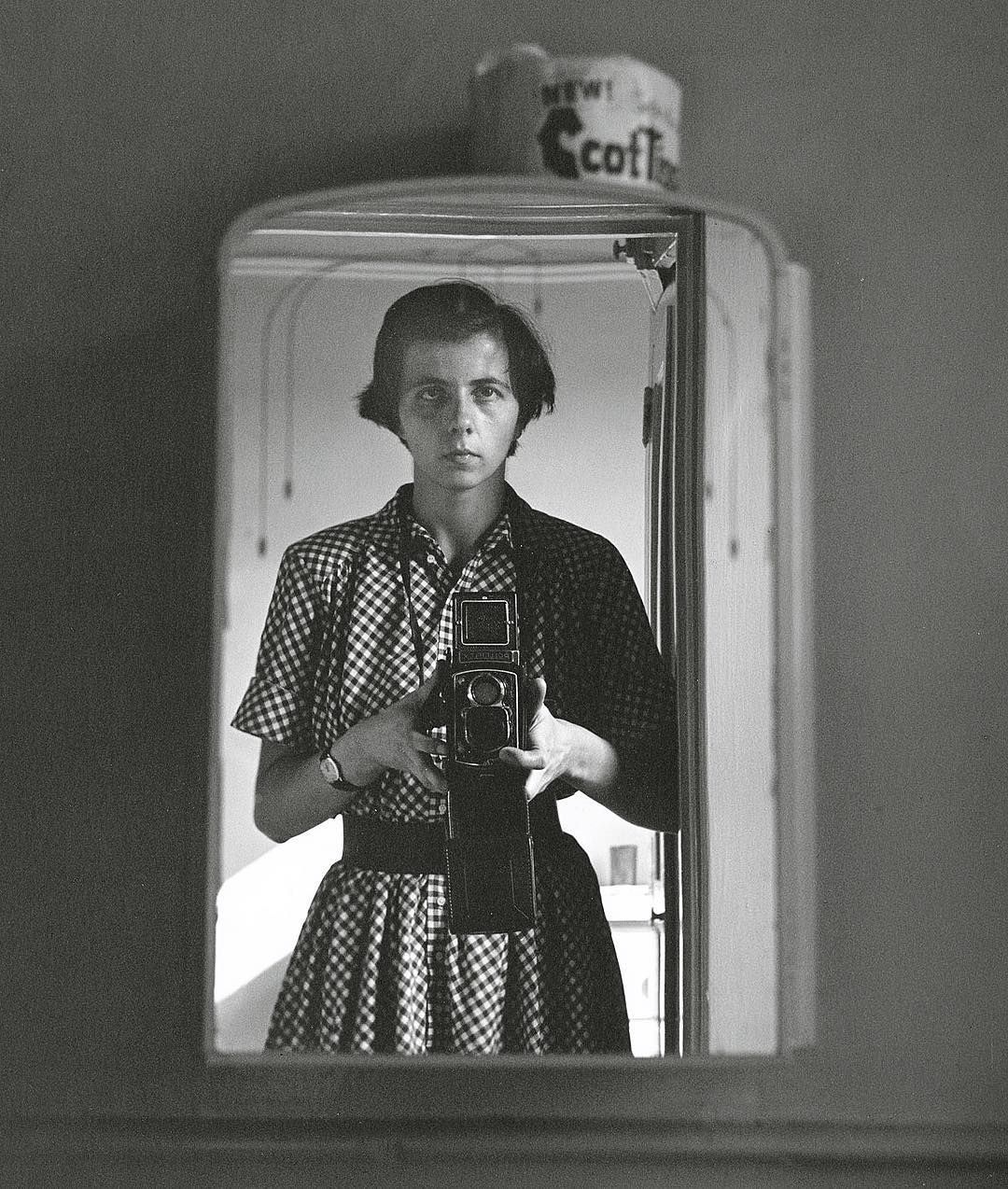 A photograph is a secret about a secret. The more it tells you, the less you know.
—DIANE ARBUS, from “Five Photographs by Diane Arbus,” Artforum, May 1971

In my previous blog on street photography, I talk about the art of capturing the life on the street. If one needs any inspiration, one has to look at Vivian Maier’s work. She had an uncanny sense in capturing the fleeting moments on the streets of Chicago. Like most of us, I have learned about her work after her death.

She was an artist, with a terrific eye and unmistakable technique. We have these photographs because she chose to immerse herself, through her Rolleiflex, in the world around her.

People speculated about Maier’s private life then, and still do. She was, and remains, as elusive a figure as she was a compelling one. In the affluent Chicago suburbs where she was employed, stood out.

A tall, trim woman, she covered herself up in boxy men’s shirts, no-nonsense blouses, simple dresses, and mid-calf-length skirts. She rolled up her sleeves and rolled down her stockings.

During her lifetime Vivian Maier was, for the most part, purposefully silent about her photographic interests and activities.

Beyond the small circle of people who actually knew her, Maier exists for the rest of us, entirely in terms of what she saw.

The archive she left behind suggests that over the four decades she was active, she worked in various photographic genres—family pictures, portraits, self-portraits, landscapes, industrials, street photography, and paparazzi shots.

Her negatives and transparencies confirm not only her commitment to photography, but her undeniable visual sophistication and talent.

Maier almost always took just a single shot of whatever caught her eye, instead of shooting multiple frames which reveal her to have been an assured and intuitive shooter.

Over the years, Vivian Maier owned and worked with different types of cameras, but the Rolleiflex was her camera of choice for more than a quarter century.

The professional-level twin-lens reflex camera and the 2¼-inch square-format negatives it produced played a central role in shaping Maier’s vision and defining her work.

From the time she first picked up her Rolleiflex and for as long as she took pictures, Maier made self-portraits. In many of them she is seen with camera in hand, reflected in mirrors of all shapes and sizes, in the plate-glass panes of store windows, or on the chromed surfaces of the cars she walked by.

As often, Maier photographed herself with the sun at her back and appears as a looming presence, though not quite a mysterious one, as she is so easily identified by the signature hats and coats she tended to wear year-round.

In some of these photographs, she is the central subject. In others, her shadow stretches up from the bottom or side of the frame and across the images she so purposefully insinuated herself into, turning the most basic of amateur photographers’ mistakes into a showy signature theme.

Maier’s photographs, films, and tapes suggest that the act of recording her experiences in the world was central to how she lived in it.

What makes the work captivating is that it invites viewers to see the world through the eyes of a woman who most certainly was an artist, but for reasons we’ll never know, could not or would not present herself as one.